Marine biodiversity in space and time

My research interests have long focused on the interaction between people and marine biodiversity, at a regional to global scale. I am interested in how patterns of marine biodiversity arise, how hotspots of high species richness are formed and maintained. On the more applied side I have been tracking changes in marine biodiversity over time and space, with some emphasis on large marine predators such as sharks, tuna, billfish and whales. I am keen to understand what forces these changes, and what the relative contribution is of human-induced versus natural variation. A lot of my work has focused specifically on the impacts of fishing and climate change, and how they may interact in contemporary ecosystems. From this basis of understanding my students and I try to devise management solution that can help to conserve and restore marine biodiversity worldwide.

Core support for my current research program ‘Ecosystem oceanography: understanding the dynamics of a changing ocean’ comes from the National Science and Engineering Research Council of Canada. The goal of this program is to analyze the causes and consequences of recent changes in marine food webs. Specifically, our lab attempts to analyze the potentially complex interdependencies of observed changes in predator and plankton abundance throughout the world’s oceans. 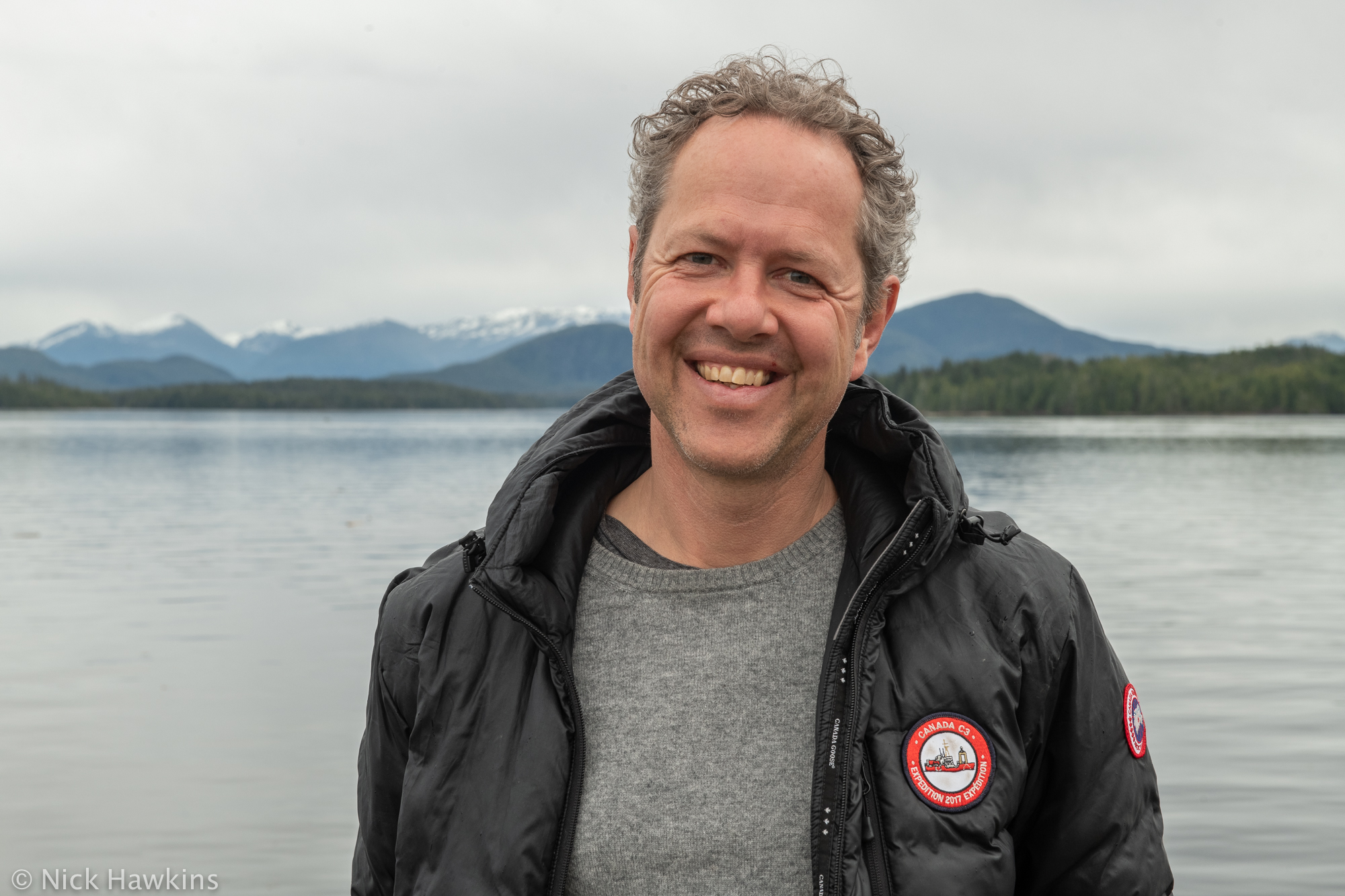 Elasmobranchs (sharks, skates and rays) have been important predators in marine ecosystems for over 400 million years. However, many species experience an elevated risk of extinction today due to the effects of fishing and bycatch. Yet, scientific information to inform stock assessments and spatial conservation efforts is often scarce and of poor quality. My PhD Project evaluates (1) how important life history parameters can be estimated more reliably to improve data-poor assessments for better fisheries management, and (2) whether existing marine protected area (MPA) networks can act as an additional conservation strategy for threatened elasmobranchs. In addition, I use state-of-the art tagging and modelling approaches to learn more about the spatial ecology of sharks, rays and skates. Here, Cabo Verde, West Africa, is an ideal location to test many data-poor approaches in a remote but important area for elasmobranchs. The identified critical habitats from these approaches can then be suggested for protection. At the same time, I run or participate in education programs, mostly in Canada and Cabo Verde. Most of these projects are in collaboration with ShARCC, the Worm Lab and many other Canadian, local and international partners. 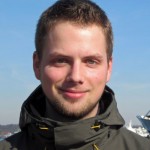 The upcoming UN Decade of Ocean Science for Sustainable Development is a decade of ocean data. With growing anthropogenic uses and pressures on an ocean under a changing climate, observing, evaluating, and managing the ocean is increasingly important. As we are moving towards 30% ocean area protected by 2030, marine conservation and human uses need to be embedded in comprehensive, adaptive spatial management based on robust, inclusive, and accessible data to ensure meaningful outcomes.

In collaboration with Global Fishing Watch and further partners around the globe I am working to apply big data in the context of marine spatial planning and conservation. My research includes analyses of human pressures on the ocean such as fishing, shipping and underwater noise using satellite vessel tracking data, as well as the role of environmental and oceanographic parameters and climate change for conservation measures such as the design of marine protected areas and integrated maritime management. This work supports the current development of a novel, freely available online platform and database including integrated analysis tools to facilitate dynamic marine spatial planning around the globe. 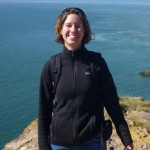 North Atlantic right whales (Eubalaena glacialis) are an endangered species of baleen whale that is endemic to the North Atlantic Ocean. With its population severely depleted from historical whaling, the global population size is currently estimated to be around 400 individuals. Right whales typically migrate annually from their winter calving grounds in Florida and Georgia in the United States to northern feeding and nursery grounds in the Gulf of Maine, Bay of Fundy, and the Scotian Shelf. In recent years, these whales have been observed more frequently in other parts of the Northwest Atlantic, such as the Gulf of St. Lawrence. Although several known habitats for right whales have been identified, the movements of these whales between habitats are not well understood, with large parts of the population unaccounted for in certain seasons. In addition, vessel strikes and entanglement in commercial fishing gear account for a large percentage of right whale mortalities. To adequately protect right whales from the variety of anthropogenic threats they face, a complete understanding of the seasonal movements of this endangered species is needed. Traditional survey methods for marine mammals are costly, time-consuming, difficult to coordinate, and often not present in all of the regions where they are needed most. Very High Resolution (VHR) satellite imagery has been successfully implemented to assess a variety of wildlife populations, including emperor penguins, polar bears, seals, and some whale species. This tool can be used worldwide to deliver high-quality images in a shorter time and at a lower cost compared to traditional survey methods. As such, it has the potential to revolutionize how we track, monitor, and ultimately protect whale populations.

My PhD project aims to develop an automated census method using VHR satellite imagery and deep learning algorithms to automatically detect, identify, and count whales in the Gulf of St. Lawrence. This methodology can be used to answer important biological questions about the distribution and conservation of right whales and other baleen whale species. 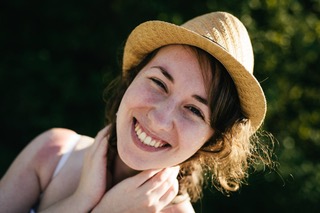 The Earth’s biodiversity is threatened by increasing human impacts, such as climate change, pollution and overexploitation. These impacts are jeopardizing the capacity of ecosystems to provide the goods and services that are vital to sustain human life.

In response to this challenge, in 2009 the concept of planetary boundaries was introduced as a new approach to the sustainable management of Earth’s resources. Planetary boundaries, often described as “tipping points”, define a possible safe operating space for humanity. The biodiversity boundary represents the amount of biodiversity the planet can lose without the destabilization of vital environmental resources. 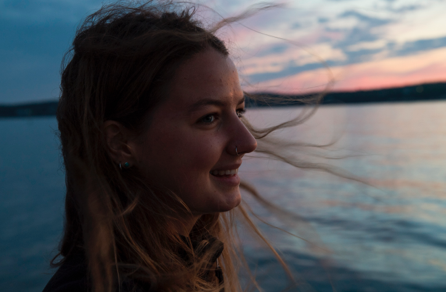 According to recent estimates, 25% of the worlds sharks, skates and rays are threatened with extinction, driven by habitat loss and overexploitation among other factors. In trawling fisheries, demersal elasmobranch species such as skates and rays constitute a large portion of non-target biomass landed as bycatch. Many of these species remain unassessed by COSEWIC or the IUCN Red List of Endangered Species; those that have had population trends assessed are largely decreasing. In the Northwest Atlantic, two species of skate, the thorny skate (Amblyraja radiata) and the smooth skate (Malacoraja senta) have shown steady declines across the last two decades. The winter skate (Leucoraja ocellata) is currently the subject of nationwide consultations to be added to the List of Wildlife Species at Risk under the Species At Risk Act. All other species of skate in Canadian waters have not been assessed, and the contribution of bycatch to population trends is unresolved.

My Master’s research involves using novel geostatistical tools to estimate the exploitation rate of skates and rays over space and time in Canadian trawling fisheries. In collaboration with researchers in Dalhousie’s Department of Mathematics and Statistics, we will build a spatiotemporal hierarchical model from fisheries observer data to evaluate and predict patterns of bycatch of skate and ray species over space and time in the Canadian Atlantic. Using this model I aim to overlay indices of fishing effort over space and time from trawling vessel tracks acquired from satellite Automatic Identification System (S-AIS) readings. Upon combining bycatch estimates with fishing effort indices, the goal of this project is to extract a spatiotemporally dynamic rate of exploitation for demersal elasmobranchs across the Canadian Atlantic to aid in investigating conservation concerns of Atlantic skates and rays.

The Canadian government has put forward a mandate to protect 10% of it’s national waters by 2020, a push which has led to several areas of interest in the Atlantic region being considered for marine protected area (MPA) designation. The overarching goal of this project is to develop methods to support dynamic management strategies to complement MPA’s as a conservation tool. This research is funded through the Ocean Frontiers Institute, and is made possible through partnerships between the Worm Lab, DFO, and Global Fishing Watch. 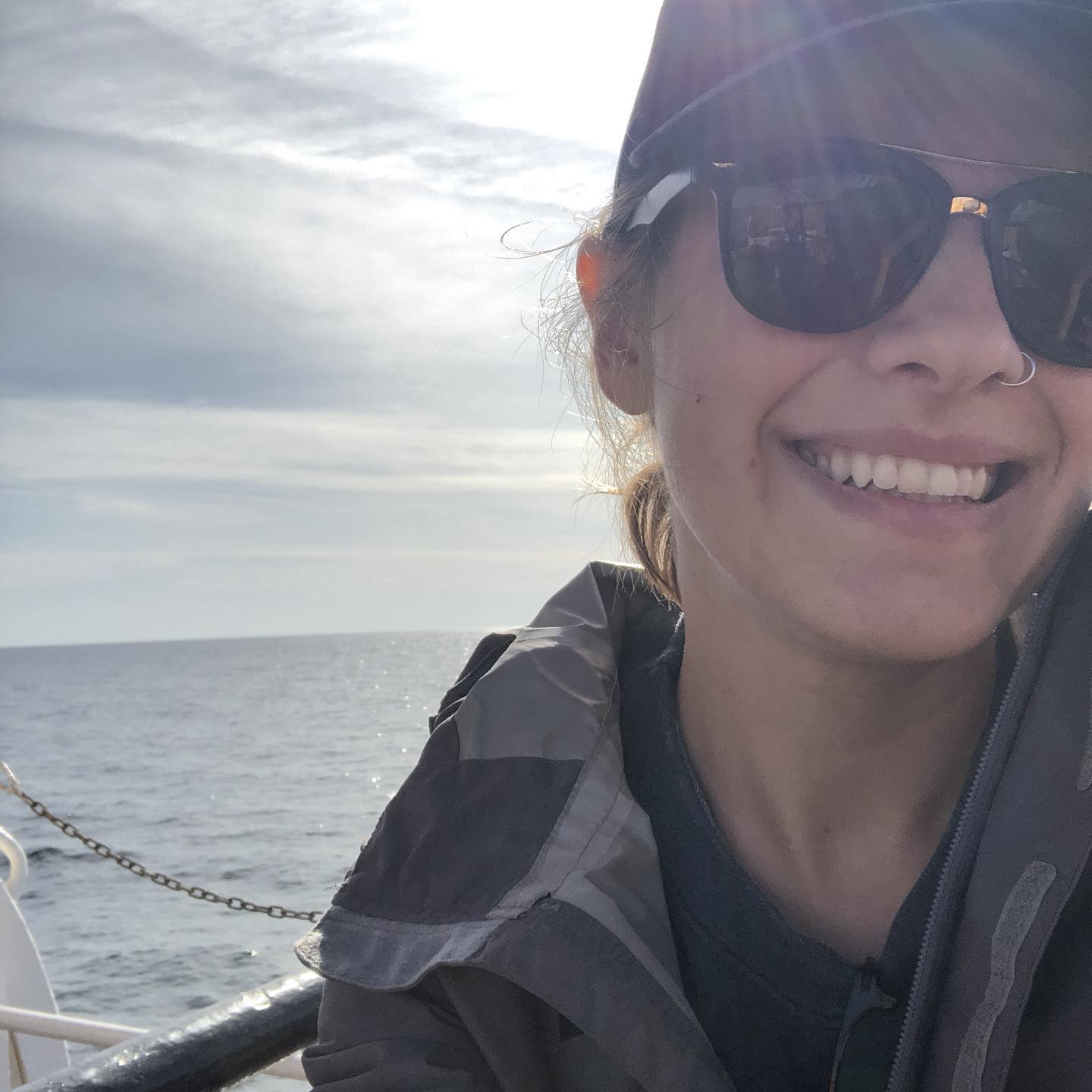 My research revolves around themes of understanding how stressors, such as climate change and fishing, are shifting the abundance and distribution of marine species across the global seascape, how these changes will affect the health and development of coastal communities, and ways in which this knowledge can be incorporated into marine spatial planning and fisheries management.

To address these broad questions, I work closely with researchers at Dalhousie University, with managers and scientists within the Canadian Department of Fisheries and Oceans, and with non-governmental organizations. On a day-to-day basis, 50% of my time is spent working with the Ocean Frontier Institute (module G: ‘Future-proofing Marine Protected Areas’) evaluating (1) How the abundance and distribution marine life, from phytoplankton to top predators, will change over the coming century and how these changes will impact the sustainable development of coastal communities, and (2) The capacity of spatial protection to imbue marine ecosystems with increased stability and resilience to the deleterious effects of climate change. The remaining 50% of my time is spent as a contract researcher with Oceans North, a national non-governmental organization, evaluating progress and making recommendations for best practices for how to incorporate climate change considerations into the management of ocean resources in the Canadian Maritimes and Arctic regions. 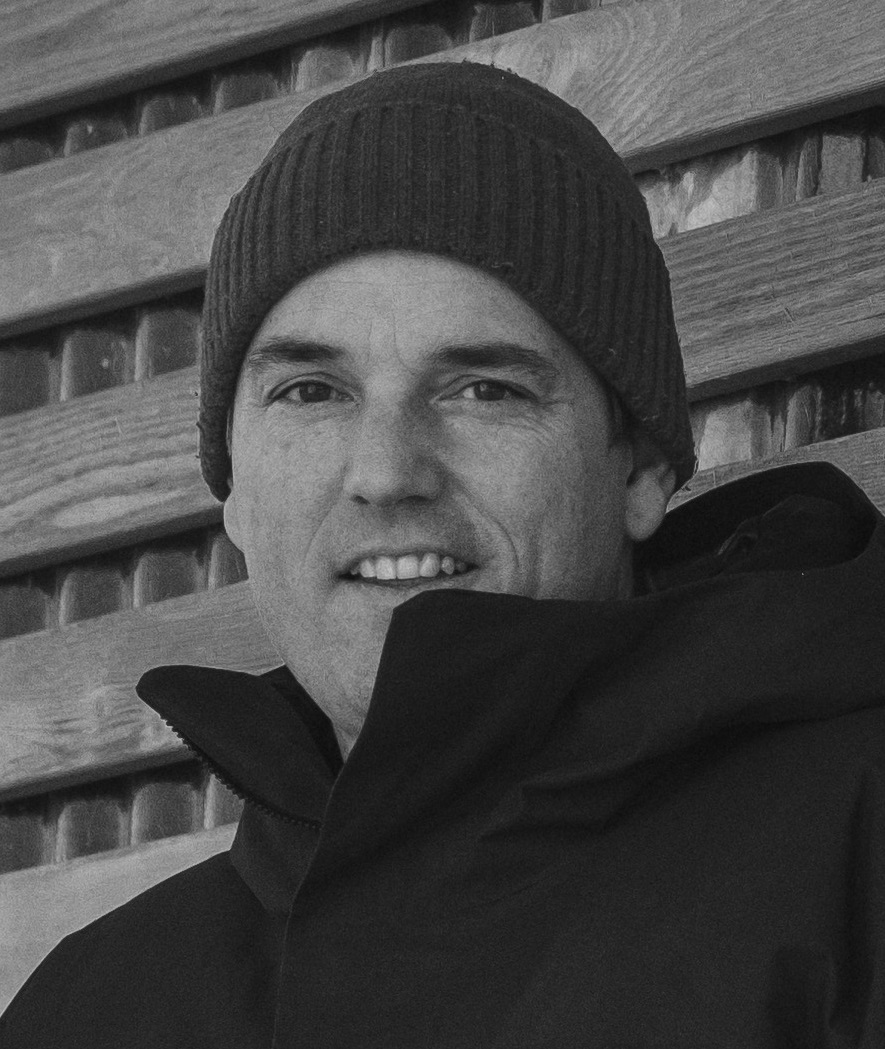 The Winter Skate (Leucoraja ocellata) is listed as endangered in the Gulf of St. Lawrence with a declining population trend. Its main threats include natural predation and bycatch.

My honours thesis will use DFO RV survey data from 1970-2017 and novel statistical models (created in collaboration with the Math and Statistics department) to perform a full spatiotemporal analysis on the Winter Skate. This will include investigating the species’ abundance and distribution over time, where they’ve become locally extirpated, and hotspots of co-occurrence with commercial fish stocks. This project falls under Module G - “Future-proofing Marine Protected Area Networks”, one of several modules funded by the Ocean Frontier Institute. The ultimate goal of these analyses is to help inform MPA and spatial management processes in the NW Atlantic. 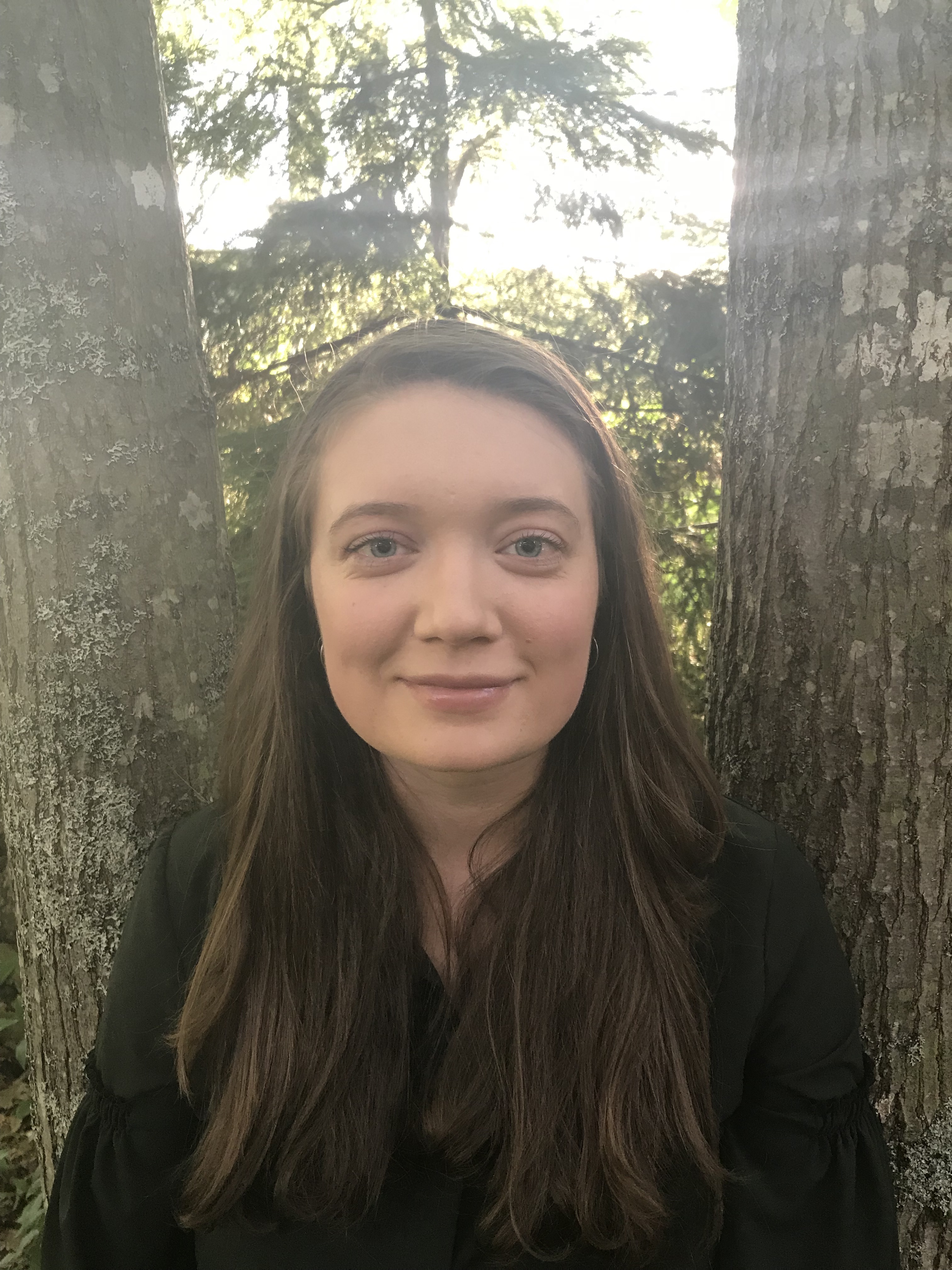 Determining habitat use of small cetaceans in the Northwest Atlantic Ocean

Cetaceans and pinnipeds in the North West Atlantic Ocean have been put at risk by human imposed threats, such as the shipping industry, for many years. We also have limited knowledge of the whereabouts of these animals within this region.

My honours thesis will study the spatial and temporal distributions of cetaceans and pinnipeds in the North West Atlantic Ocean. An automated survey method, which uses machine learning techniques, will be used to detect and identify marine mammals in aerial and satellite imagery of the study area. I aim to use the spatial and temporal movement patterns acquired from this methodology and overlay them with human-use patterns (e.g., shipping activity) to determine the risk of interaction between human activities and marine mammals. This research intends to not only fill the existing gap of knowledge surrounding marine mammal distributions in the North West Atlantic Ocean, but to also improve our understanding of how human pressures impact cetaceans and pinnipeds in the North West Atlantic Ocean. This research is a component of the “Whales From Space” project led by PhD Candidate, Olivia Pisano. 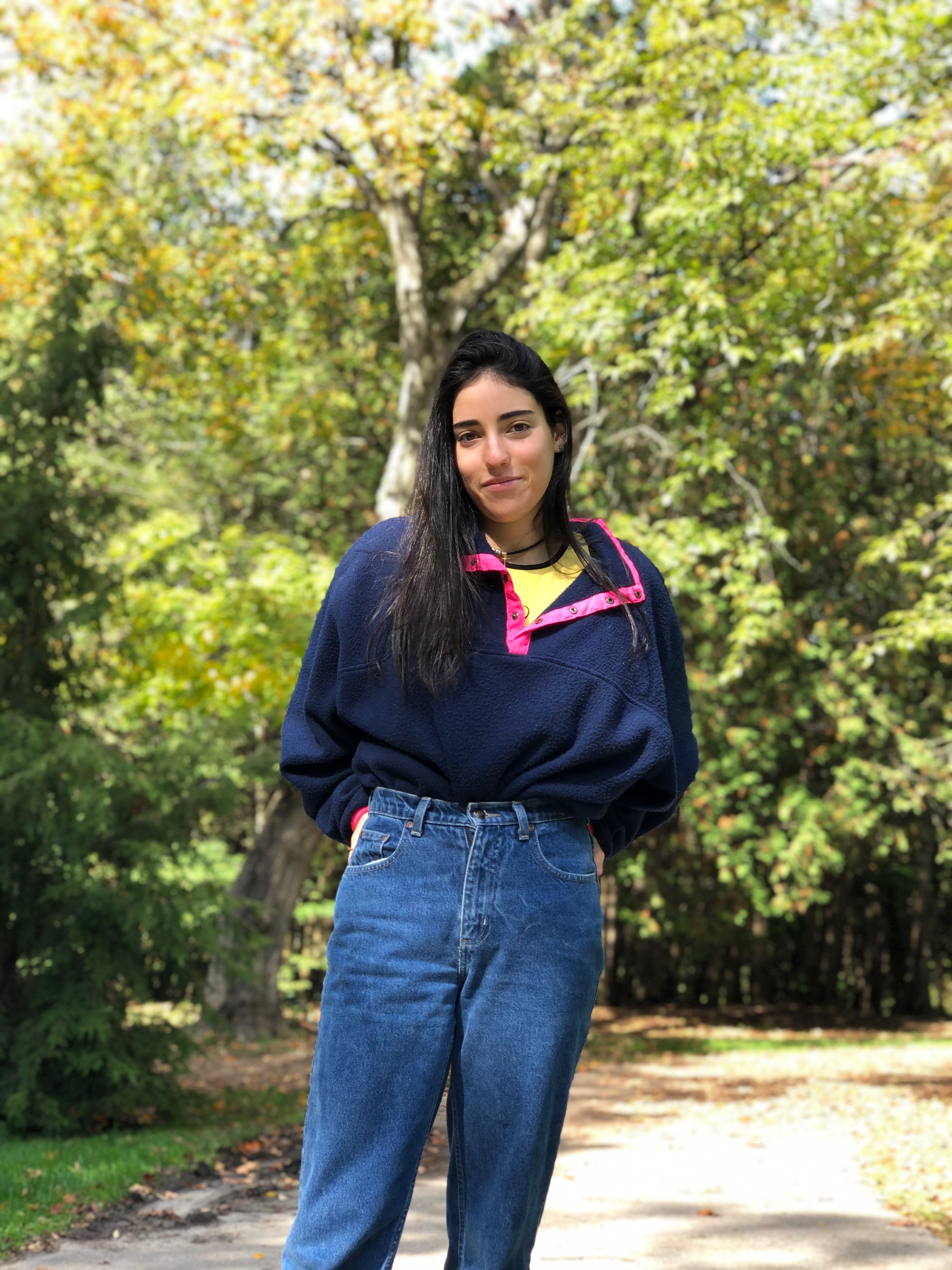